The Leadership Book Every Executive Must Read: “Team of Teams”

NewsCred CEO and Co-founder Shafqat Islam on the leadership book every executive needs to read.
I make every member of my executive team read “Team of Teams: New Rules of Engagement for a Complex World,” by retired U.S. Army General Stanley McChrystal. I also encourage managers of all levels at NewsCred to read the book as it had a profound impact on me as a leader.
My friend and fellow CEO, Tobi Lütke of Shopify, introduced me to “Team of Teams.” Coincidentally, a few weeks later, FirstMark Capital (one of NewsCred’s investors) brought in the book’s author, General McChrystal, to its CEO Day. I was blown away by the General’s message on leadership and real-world examples from the Iraq War.
Of course, battling at the helm of a business is very different from hand-to-hand combat on the streets of Fallujah. However, I think there are two simple but powerful concepts from the book that leaders in any company can take away and apply: 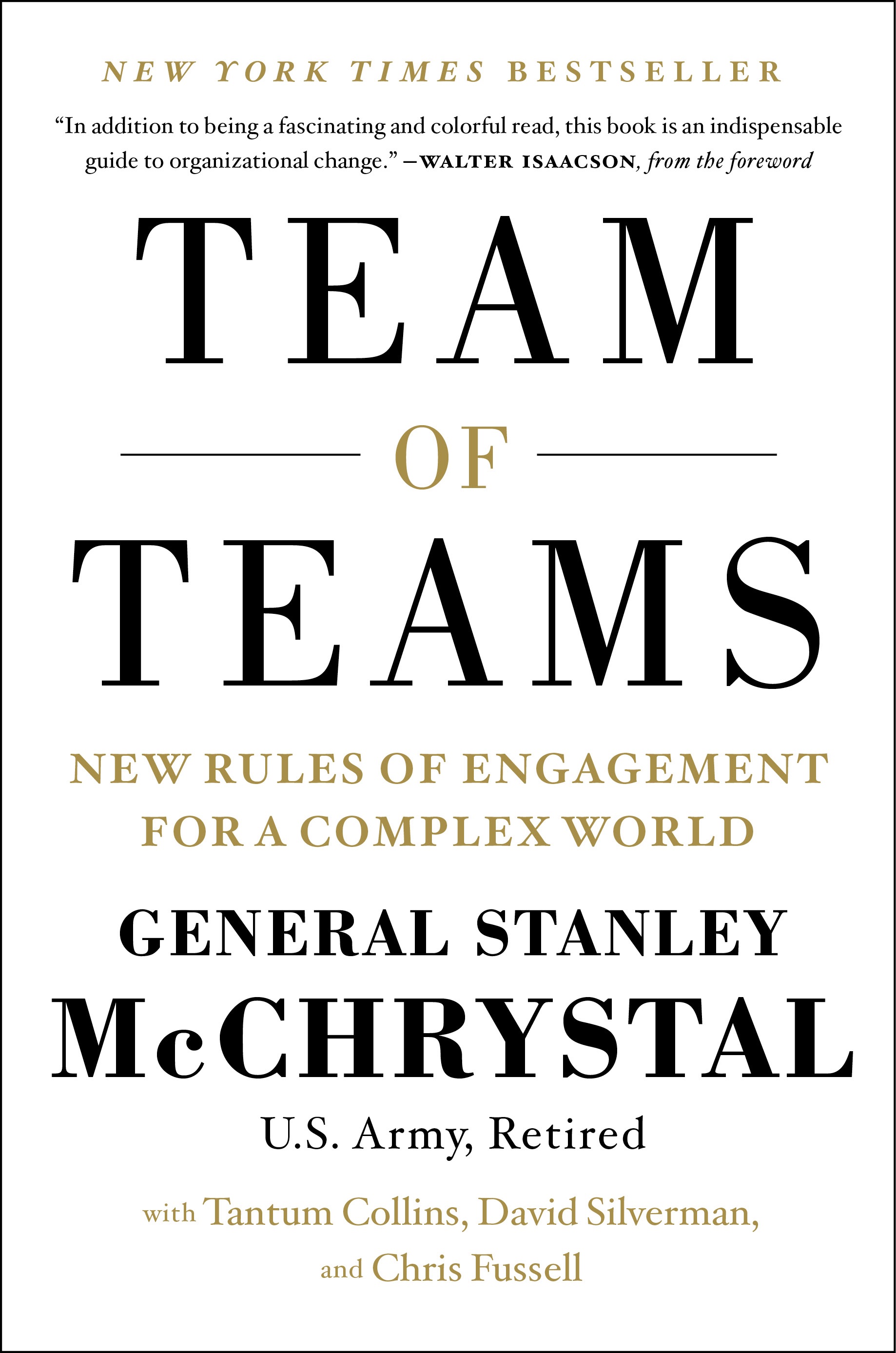 Pushing Decision-making to the Edges of the Organization

The United States military is a classic example of a top-down, hierarchical organizational structure. In fact, it’s often referred to as a “command and control” structure. This means that decisions are driven from the very top, and flow in one direction: down. Most companies are hierarchical by default. That, in itself, is not a problem. But the issue with the model is that it often results in bad or late decisions.
Bad decisions happen because people on the ground (metaphorically, at a company, literally, in the case of the Iraq War) have the most knowledge and detailed information about the conditions, plus real-world context. An engineer knows about the complexity of the code. A sales rep knows the latest sales objections she hears from the market. However, folks who are making the decisions are at the very top, often with the least amount of detailed information.
Similarly, a soldier on the ground knows how difficult it is to navigate in a specific neighborhood at a certain time of day. In the case of Iraq, McChrystal eventually ceded all control to his soldiers on the ground to make decisions about raids. He used to approve every single raid, and they did less than one raid a day. By the end of his era, with decision-making pushed to his troops on the ground, they were doing more than a dozen a day.
At NewsCred, that practice means empowering our developers and salespeople to make important decisions. In fact, it means allowing all members of the organization, no matter how junior, to make decisions without needing top-down approvals for every move.
In addition to making better decisions, this increases speed at companies. For McChrystal, by the time a message or instruction came down the chain of command, 24 hours may have passed and the intelligence was out-of-date. Similarly, by the time company decision-making goes to committees (or worse, up to the CEO), we lose precious days, weeks, or months. At any company, speed is a competitive advantage, and we risk throwing that away. 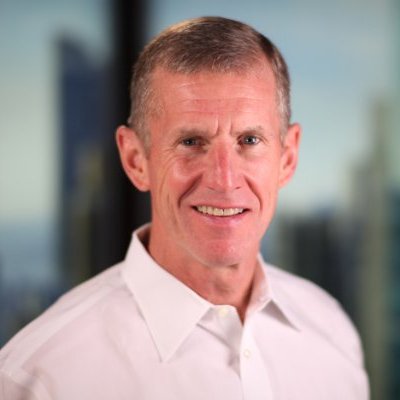 My initial instinct when I heard about this concept of pushing decision-making to the edge was, “This sounds great in theory, but how does it work in practice? How do I know people won’t make bad decisions?”
These are normal questions for any leader. But the solution to the “decision quality” dilemma is inextricably linked to a notion of shared consciousness.
In order for everyone in the organization to make great decisions, they need great information. This becomes especially critical as the speed of decision-making increases and more and more folks at the edges of the organization are empowered. This is a simple concept but hard to do because it requires radical transparency.
In the case of General McChrystal, he did a daily video conference where every single member of the Joint Special Operations Command was invited – and thousands joined. All the information, previously guarded as top-secret, was now shared. The small risk of secrets leaking was vastly overcompensated by faster and better decision-making.
In the case of NewsCred, this means overcommunicating at every opportunity. I often say “we should overcommunicate to the point that it makes people feel just a bit uncomfortable.” At the end of the day, we are not sharing national security information, so relative to the General, we are safe. At NewsCred, we share board decks and financials. We do Demo Days on Friday for teams to communicate what they are working on. I also send a weekly email from me to the whole company with whatever is on my mind. The totality of the information shared helps us achieve shared consciousness.

It’s been a few years since I first read “Team of Teams,” and these ideas have never been more relevant. Organizations remain siloed, resulting in lower productivity, duplicative efforts, wasted budget, and, ultimately, lost revenue. In the marketing space, marketers lack the visibility they need to coordinate, align their efforts, adapt quickly, and produce optimal results. Most companies are nowhere near achieving shared consciousness.
Yet, this must change if businesses want to succeed in today’s global, yet increasingly fragmented digital world. At NewsCred, we’ve not only been putting in place the concepts from General McChrystal, like pushing decisions back down to the people on the ground. We’ve also been hard at work adapting the NewsCred Content Marketing Platform so it helps marketing organizations transform themselves from siloed teams to integrated teams of teams. The platform will be the source of truth for the most up-to-date, accurate information that will allow marketers to make the decisions that will most impact their realms. Stay tuned as we reveal more details in the coming weeks.
It’s not easy to transform the way we work. But by giving employees the information, technology, and empowerment they need to perform their best, we’ll ultimately build stronger, more successful companies, too.

Shafqat Islam is CEO and Co-founder of NewsCred.

What Are Marketing Channels and Which Should You Focus On?
Read

How to Craft a Winning Marketing Proposal Template
Read