As content marketers, we’re always evolving our strategy to fit the current digital landscape. Major disruptions, from social media to messaging apps, have changed the way we communicate and engage with our target audiences.
We’re now at one of those times when an influx of new, emerging technologies is poised to change the way audiences consume content. Should brands take a risk and enter uncharted territories, or stay the course with what they do best, and see how things play out?
“Marketers’ best leverage exists when there’s a new audience that’s growing but not a lot of competition trying to reach that audience,” says Kipp Bodnar, Chief Marketing Officer, Hubspot. “When you invest in an emerging technology, you can be in front of a growing audience in a far less competitive landscape.”
That’s why as innovations like virtual assistants, artificial intelligence (AI), 360-degree live video, and others take shape, brand content creators are among the first to experiment.
Here’s a look at how forward-thinking brands are harnessing the latest technologies to deliver content.

Amazon Echo and other voice-controlled home assistant devices were hits at CES 2017, and they’re gaining popularity with users. It’s no wonder, then, that content marketers are seizing the opportunity to literally speak directly to consumers.
“I see this as a precursor to the disruption of the search engine industry,” says Bodnar.
That’s because in addition to having fun interactions with these Internet of Things (IoT) tools, users are also turning to them to find content and make decisions and purchases, says Adrienne Weissman, Chief Marketing Officer of G2 Crowd, a business software review company.
“Brands can leverage the technology by making their content or offering accessible through the channel – whether that means you create offers specifically for the channel, sponsor content that is being streamed, or simply optimize to ensure your content is findable,” Weissman says.
Early adopters of this content delivery system include General Electric (GE). One of its latest initiatives, “Labracadabra,” is a collection of DIY science experiment kits complete with how-to videos. GE chose Amazon’s Alexa (which powers the Echo device) to act as a “lab assistant,” walking users through experiments, sharing tips, and even jokes. All users have to do to launch the program is say, “Alexa, open ‘Labracadabra.’”

Similarly, Campbell’s has created an Amazon Echo app to inspire ideas in the kitchen. The interactive app provides recipe ideas based on the cook’s favorite ingredients and meal preferences.

Beyond such fun applications, Boston Children’s Hospital recently launched “KidsMD,” in which Alexa devices share content. Parents can ask general health questions, like how to get a fever down in the middle of the night.
“We’re trying to extend the know-how of the hospital beyond the walls of the hospital, through digital, and this is one of a few steps we’ve made in that space,” says the hospital’s Chief Innovation Officer John Brownstein, in an interview.

“Personalization” is the big buzzword in today’s content marketing circles, and AI technology is helping brands deliver even more customized experiences.
“AI is processing a large set of data and interpreting that data to basically predict what a person is going to do. For content marketers, it will largely manifest itself into content recommendation,” says Bodnar.
In other words, it takes the guesswork out of trying to determine which articles, e-books, or videos are most relevant not just to various demographic subsets, but to individual users.
Perhaps the most notable example of AI in content marketing right now is Watson, which powers IBM’s new THINK Marketing hub.
“It looks a lot like a regular publishing site, but topics are rendered virtually,” says IBM’s Chief Digital Officer Bob Lord, in a recent interview with NewsCred. “It’s almost limitless how the hub can configure around a particular buyer type.”
By evaluating what people read, and then using those learnings, Watson is able to offer personalized content.

Another example of AI in action can be found on Autodesk’s “Redshift” site.
Dusty DiMercurio, Head of Content Marketing and Strategy for the software company, tells NewsCred, “What we wanted to do was move in the direction of turning the site into more of a platform that will personalize over time.”
As visitors choose to follow particular authors and content categories, or save articles to read later, the site is constantly learning so it can keep serving up the most relevant content selections. The hope is that doing so will increase engagement and strengthen brand affinity. 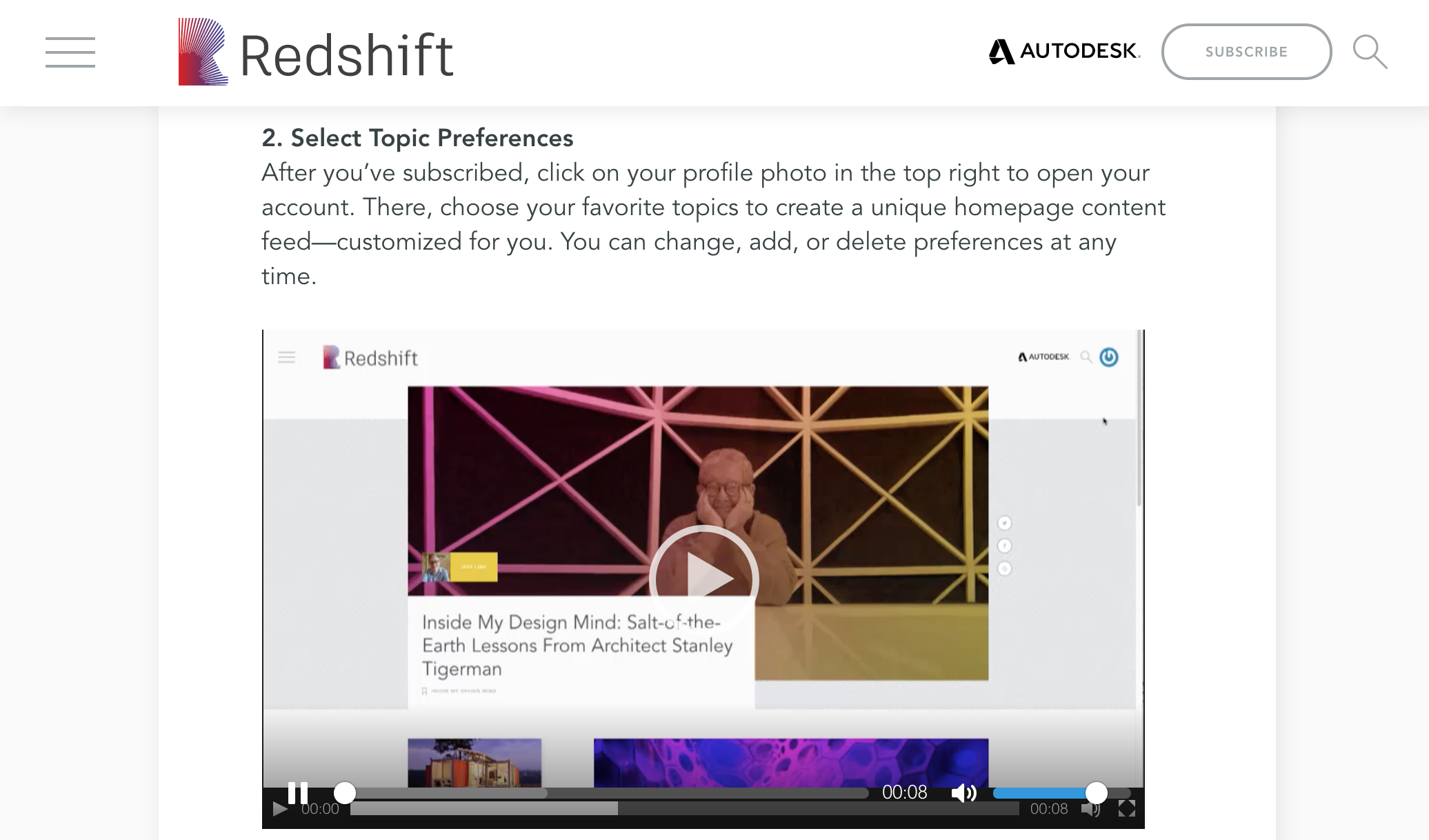 On the retail side of things, Starbucks is once again an early adopter of this type of technology. AI is helping power the coffee company’s app so that customers are given very specific product offers and other content suited to them.
Starbucks also recently unveiled plans to launch a new conversational ordering system called “My Starbucks Barista,” powered by AI, this year. At the heart of the initiative is enhancing customer loyalty and engagement. The company is building on the strong results it’s already gotten from its hyper-personalized e-mail reward offerings. The 400,000 variations generated “have more than doubled customer response rates over previous segmented email campaigns, translating into increased customer engagement and, importantly, accelerated spend,” according to a company press release. 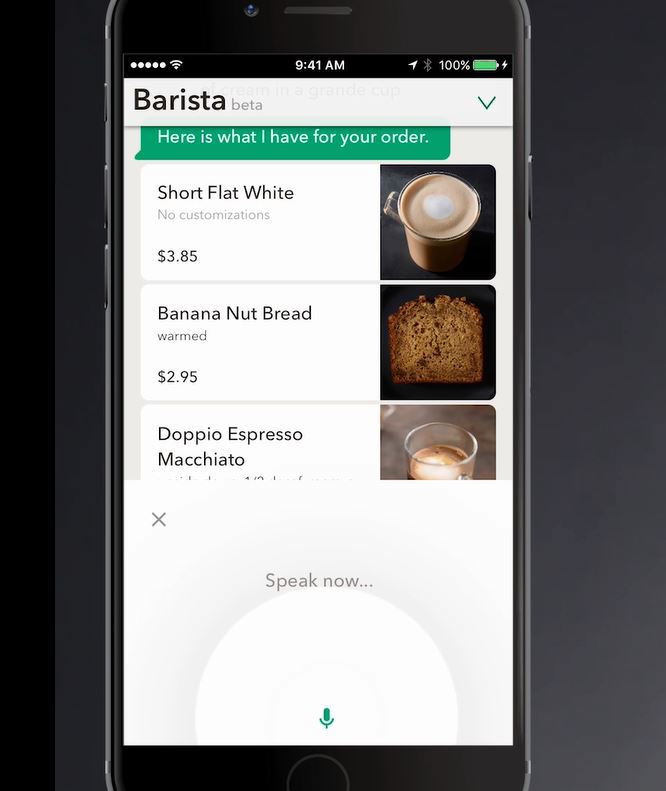 If one technology ruled 2016, it was messaging apps. That’s why this year you can expect to see the rise of chatbots.
“The reason chatbots exist is because how people are spending their time has changed significantly,” says Bodnar. “Facebook Messenger, Slack, etc., are key parts of how we interact with technology because it’s easier to achieve something by typing a simple command to a chatbot.”
For companies looking to improve good customer service, chatbots are a no-brainer. That’s why many fashion content marketers from Burberry to Tommy Hilfiger have been dabbling with this technology for some time to recommend products and help people shop from their devices.
With the door now opened, other industries are following suit, even using chatbots to feed audiences content on demand. Take for instance Whole Foods Market’s Facebook Messenger bot. Once you open a message window, it offers to “help you find some delicious recipes,” and you can make your request by using emojiis. We tried looking for chicken by typing in the drumstick emoji, and the results were instant. Once you view the recipe, you can click over to the Whole Foods Market website to add ingredients to your shopping list. 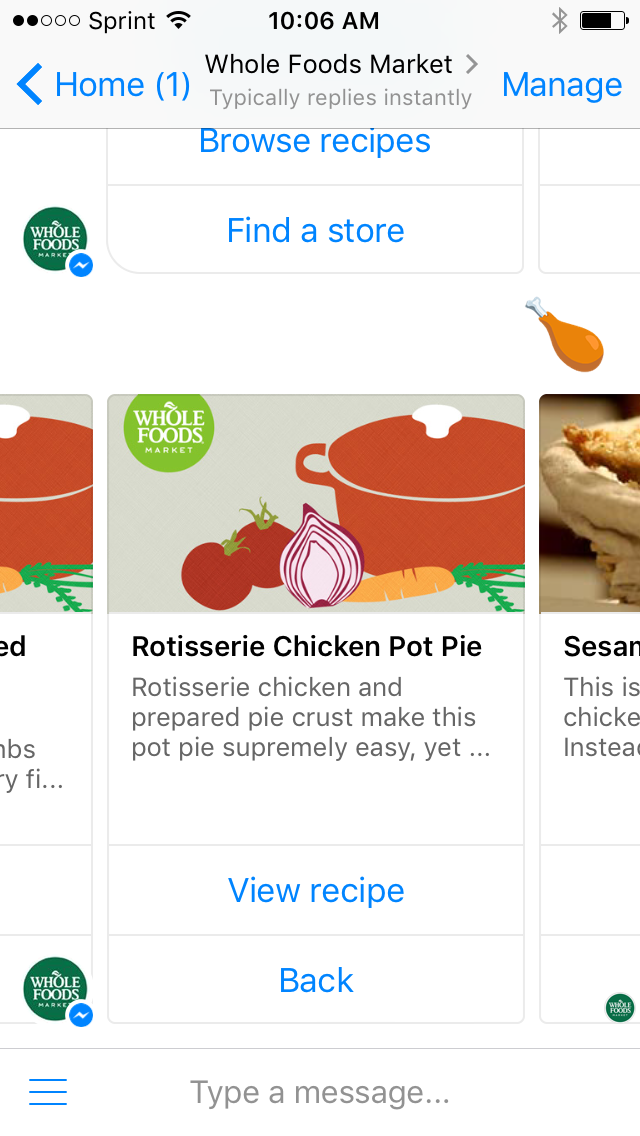 As Jeff Jenkins, Global Executive of Digital Strategy and Marketing at Whole Foods Market said at the MobileBeat 2016 conference, “We are living in the ‘expectation economy,’ where consumers expect to have information at their fingertips, and we want to keep innovating to meet our customers where they are.”

While it might seem too complex for brands to take on right now, virtual reality might not be as far off as you’d think.
“We’re likely going to see an improved adoption of virtual and augmented reality soon,” says Bodnar. He predicts that the next Apple phone will be a big step forward in that arena, opening up that technology to a much bigger audience.
Consider this: Forrester estimates that 14.8 million units of mid-priced (phone-based) VR headsets will be in use in the US by 2020. As such, some major brands are diving in already.
Forrester’s “The Coming Wave Of Virtual Reality” report shares that Chevy brought 360-degree cameras to New Zealand to film its cars in VR, resulting in the Chevy Go Drive campaign that allows customers to experience the product in showrooms.

Unilever CMO Keith Reed is also on record saying that VR content is in the works, even though he knows the consumers aren’t quite ready for it. “We’re very much seeing virtual reality as a big, big opportunity,” he tells CNBC.

And Marriott Hotels bought in a while ago, too, with its “VRoom Service” offerings at select locations. Guests are able to borrow Samsung Gear VR headsets, which are preloaded with travel experiences.

Video content is already king, so it’s no surprise that 360-degree live video is generating a lot of content marketing buzz.
“Just like YouTube and various other online video channels has created content and stars, I envision the same happening with 360-live videos,” says Weissman. “No doubt brands will ultimately want to be able to sponsor content, influence product placements, and run ads into the space.”
The question will be whether or not it’s worth the investment at this point, since technology is still pricey. Google is trying to prove the value of 360-degree live by offering up a case study with Columbia Sportwear, in which two versions of a 60-second spot were created. In one version, 360 Live video was used, while the other was a typical video ad. Results indicated that the newer technology encouraged more click-through, interaction, and shares.
In the meantime, traditional publishers are enhancing their content offerings through 360-degree live, such as the New York Times’ “The Daily 360” hub. The concept is to literally bring audiences into an immersive experience to better tell stories. 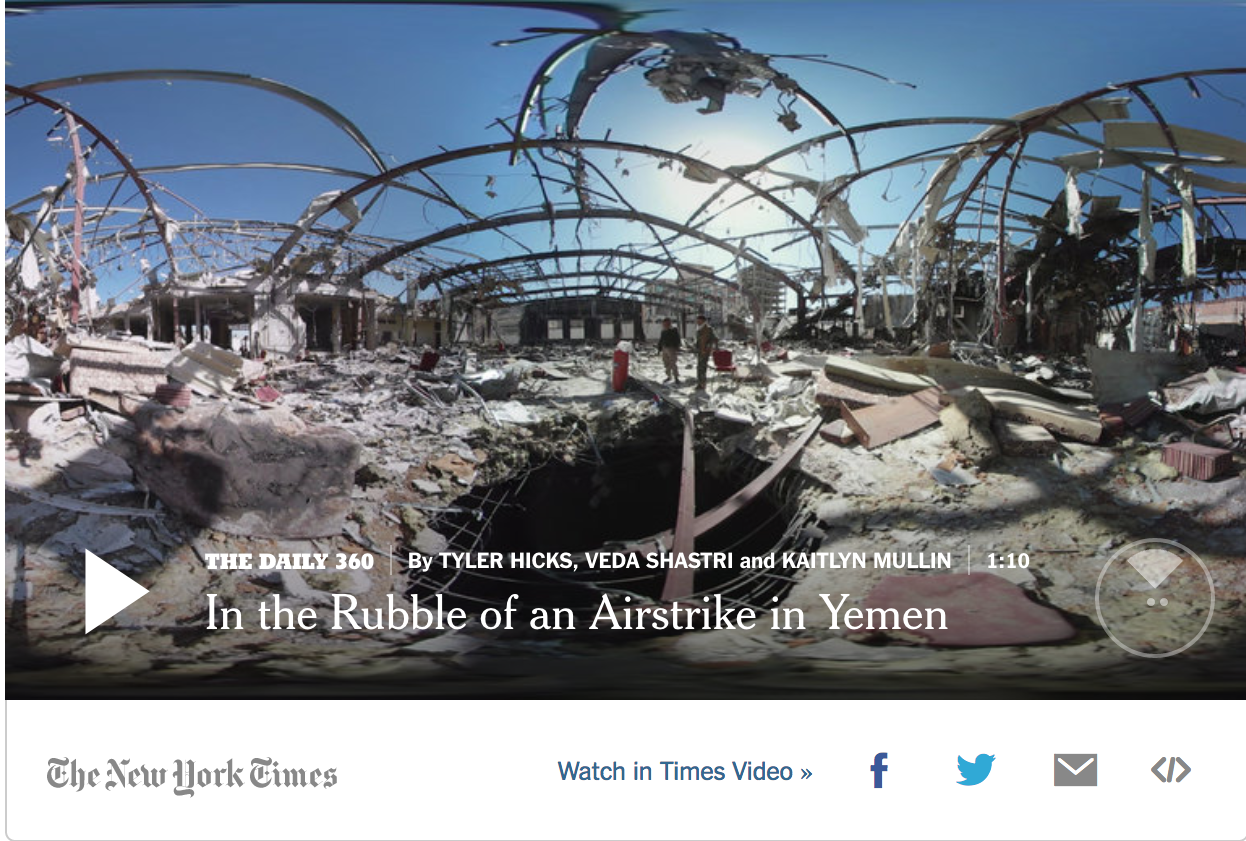 National Geographic was the first to present a Facebook: Live 360 video, when it streamed from the Mars Desert Research Station facility in Utah. The video has gotten 2.5 million views thus far.

In a press release, Facebook said that that more pages will be able to publish on Facebook: Live 360 content in the next few months, and the feature will be opened up to all by early 2017.

Will These Technologies Work for Your Brand?

For content marketers with lean budgets and resources, launching a VR or AI campaign might seem a bit unrealistic. However, as these brands have shown, these technologies are becoming more accessible at break-neck speeds.
Should you decide to forge ahead in one or more of these areas, Bodnar says to ask yourself these key questions before diving in:

New technologies will always be emerging and changing the way people communicate. At the end of the day, says Bodnar, a successful content marketer is not someone who obsesses about keeping up with technology, but one who continually seeks new ways to create more value for their audience.